You are not connected. Please login or register

Case Information
Whereas the International Court of Justice has been requested by the Security Council of the United Nations of Esamir to conduct an investigation into the events leading up to and during the Civil Conflict in the Queendom of the Khanate,

Whereas the Court is aware that the Civil Conflict in the Queendom of the Khanate has resulted in mass civilian casualties,

The Court opens these proceedings against Queen Leo of the Khanate et al.. The Prosecution, made up of the Prosecutor-General and/or any other member states who have presented evidence, will begin.


Procedure:
The International Court of Justice invites the prosecution to present its evidence pertaining to the matter. The Defense will then present their positoon, and oral arguments will then begin.

The ICoJ and the Chief Justice maintain the right to end, prematurely, the oral arguments and to ask any questions pertinent to the case.

Should sufficient evidence be presented, the Jury will vote on the matter and the Court will issue a sentence.

Queen Leo of the Khanate as the head of state of the Khanate has violated Article 3.4 of the Criminal Offense and Prosecutor-General Operational Resolution by ordering her forces to specifically target members of a region, the Cult of Jashin in this case. This action is evident in Document ♈. In Document ♉, Queen Leo can be seen declaring members of the religion "monsters" and ordered her forces to lay it wait at the border of the Jashinist-controlled area to attack at her command.

While we understand that the Cult of Jashin actively participates in human sacrifice, the acknowledgement by Queen Leo's government that the group is religious in nature means that she knowingly attacked a religious group. Even though she is a sovereign who was probably fighting for what she assumed to be right, Queen Leo must be held to the standard of every other Esamiran citizen and stand for the war crime she committed.

She can also be seen fleeing her nation in Document ♊ after realizing she could not fight back against a new, greater wave of rebels in her nation. While this may not constitute a crime, it does give insight to her character. By abandoning her nation, she essentially condemned her people to the might of the Jashinist forces. Queen Leo used her soldiers as tools to assure her own power and when she ran out of soldiers, she fled.

The Court will now hear from the Defense.
Leo, Queen of the Khanate 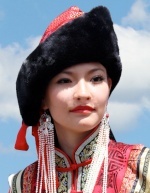 To begin, how dare the prosecution declare me a coward and a traitor to my people!
It was for the good of my Queendom that I flee the battle to lead it from Eurasia.
Tell me, if I had gotten killed, or worse, captured, who would lead the country?

I broke no law when I sent my military to fight against the horrible plague of Jashinism in the northern portion of my country.
The Cult of Jashin is a religion in name alone. They slaughter the innocent and wish to overthrow me from the throne.
It is divine will that I was born to become queen, to use my all-powerful will to lead the people of the Khanate.

As a sovereign whose divine right is being thrown into uncertainty, I demand the Court release me!
I committed no crime in defending my nation and am enraged that the prosecution dare question my motives.
The Cult of Jashin is the real enemy, my powers as the true queen will not be extinguished!
Eurasia

Thank you. The Court will now begin oral arguments.
Eurasia

The Court wishes to inquiry on the statement made by both the prosecution and the Queen.

First, the Prosecution claims that Queen Leo fled the Khanate when the war began to break down, condemning her people to more suffering before the UNEPF intervention. The Queen, however, claims that she left for the "[G]ood of her Queendom."

Does the Queen consider that she put the good of her Queendom first, when her fleeing lead the forces fighting in the Khanate, primarily Eurasian, to lose significant ground?

Further, the Queen, following her flight to Eurasia, did not lead the remaining loyalist forces in any capacity, instead leaving this to the Eurasian Military. The Court requests clarification as to what the Queen's intentions were upon leaving, to be precise.
Leo, Queen of the Khanate

My subjects expect, nay, demand, that I put my own self interest above the needs of the commoner. How am I to govern if I must consider the lives of every peasant?

The prosecution lies through their teeth. My people and my allies know my character is implacable, and I would never intentionally harm my people in such a way. This entire action is an attack on my station purely because I am a monarch who rules by the will of the gods.
New Tarajan

As Prosecutor for this Court, I would ask to Her Majesty to actually present to the Court evidences to sustain her defense, in opposition to what Kaevi as given to this Court.
You are not here to present a long description of your character, but to give a full, detailed and sound defense to the charges against you.
So, please, present the counter-evidences.
Leo, Queen of the Khanate

How dare you dismiss my defense so brazenly. I demand your resignation at once.

You ask for evidence, and I shall provide it. https://esamirforum.forumotion.net/t220p90-esamir-international-news-network

As you can see, my nation fell due to the incompetence of the United Nations and my generals. I am beset by traitors!

This trial is nothing but a sham designed to weaken the Khanate and force me to abdicate my throne. I demand that the Court dismiss this at once and remove this wench from my sight, before I lose my temper.
New Tarajan

We wish to remind to Her Majesty that neither this Court nor this Office, which answers solely to the Court, fall under her authority. As such, please, moderate your language.
So said, coming to the evidence you provided to this Court, we honestly do not see anything proving your charges against the UNE or otherwise countering the charges put against you.
Please, explain yourself.
Leo, Queen of the Khanate

Do not presume to demand I moderate my language, wench.

If you do not see what I have presented you are a both a wench and a blind hampster. I am finished here. The Court shall announce my exoneration shortly.
New Tarajan

In order not to abuse of the patience of the Court, we will skip your insults.

As Prosecutor General, seeing also the uncooperative behavior of the defendant, we believe the Court has all the evidences and facts needed to make a judgment upon this case.
It is our opinion that the evidences provided by the defendant are inconsistent and flawed, and that they do not constitute any valid argument against the evidences given by Kaevi to this Court.
Also, we express our firm opposition on any kind of exoneration.

The Court accepts the motion from the prosecution to end the oral debates. It will now hear closing arguments and will then appoint jury members.
Leo, Queen of the Khanate

I have nothing more to say to you bureaucratic buffoons.

You have already wasted enough of my precious time I could have used ruling my people.

The jurors will see that my intentions were pure and allow me to leave this vile place.
Eurasia

The Court requests the position of the Prosecution.
New Tarajan

The Prosecutor General believes the evidences presented to this Court by Kaevi perfectly testify that Queen Leo has been not only unable, but unwilling, to find a really suitable solution to the conflict which was taking so an heavy toll on her own people.
Her behavior in this Court demonstrated too well that she acted simply caring about her own security. While it is not the duty of this Court to judge about the behavior of individuals or the decisions of sovereign States about their own domestic affairs, here there has been a clear breach of human rights, as guaranteed by our Constitution: Queen Leo, with her behavior, condemned hundreds of thousands of innocents to be killed, or worst, forcing a major international intervention, thus even escalating the war further.
Thus, it is our opinion that the Queen shall be prosecuted for her violations of human rights.
The evidences provided to this Court are more than sufficient to reach a verdict.
Eurasia

Thank you. The Court will announce the verdict of the jury shortly.
Jury Speaker 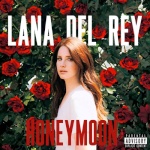 We the jury find the defendant, Queen Leo of the Khanate, GUILTY of human rights violations.
Eurasia

VERDICT:
Queen Leo of the Khanate is found GUILTY of human rights violations by the jury of Esamir. The Court announces that her punishment shall be imprisonment and removal of her right to rule the Khanate.

The case of United Nations of Esamir v. Queen Leo of the Khanate et al. is resolved.
Sponsored content